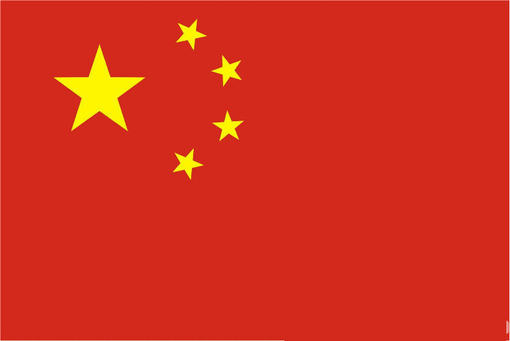 By the end of 2014, hopefully a total of 100,000 American students will have traveled across the Pacific Ocean to study in China since 2010, an unprecedented number pushed by the US government through its 100,000 Strong Initiative, an effort to dramatically increase the number and diversity of American students in China. If successful, the initiative would be a great feat given the current economic climate that has seen serious cuts to educational funding and a subdued interest in study abroad in the US.

“We are confident we will reach - and perhaps surpass – the 100,000 mark by the end of 2014,” said Carola McGiffert, president of the 100,000 Strong Foundation, which has been leading the national movement of strengthening the US-China relations through study abroad and Chinese learning since 2013.

The initiative, first announced by President Barack Obama in 2009, was officially launched in May 2010 by the then Secretary of State Hillary Clinton together with the then Chinese State Councilor Liu Yandong in Beijing. Though it is started by the US Department of State, it is more or less a “US-China bilateral effort”, as McGiffert put it. China has been very supportive of the initiative and offered a total of 20,000 scholarships for the US students to study in China.

Sources said that in 2013 alone, about 5,500 US students came to China on Chinese government scholarships, accounting for more than 25% of all American students who came to China last year, which was about 20,000, according to the State Department.

There are currently 12 times more Chinese students studying in the US than Americans in China. The gap deepened greatly over the years simply because the number of Chinese students has been snowballing yet the US numbers, small to begin with, only managed to maintain a single-digit increase rate since the big surge in 2007/08, according to the Institute of International Education (IIE). And the big jump in 2008 was caused by the Olympics. The interest in China waned after the Games and the ensuing financial crisis further complicated the picture. File photo of US students in China met at the Golden Bridges courtyard for a Project Pengyouevent in Beijing in July 2013. Project Pengyou is the alumni network for the 100,000 Strong Initiative. Photo: Courtesy of Project Pengyou

More than just a number

According to the latest number available from the Chinese government in terms of student visas, 68,000 Americans have studied in China from 2011 to 2013. Whether or not the goal of reaching 100,000 can be accomplished by the end of 2014 remains to be seen. The Chinese tend to judge the success of a program by looking at numbers. However, in the case of 100,000 Strong Initiative, it is not just the numbers that count.

“It (100,000) is meant to be a concrete goal, but also an inspirational idea,” said Elizabeth Knup, China representative of Ford Foundation, a major supporter of the Initiative. “The objective (of the initiative) is not just the figure of 100, 000, but the diversity.”

”The US-China relationship is not just between the elite people, but all the people. We should have as many Americans as possible from all walks of life to spend some time in China and understand China,” Knup pointed out. And in this particular aspect, the Initiative has been very successful.

One of the organizations that contributed to the success is Americans Promoting Study Abroad (APSA), a non-profit organization that helps deserving students from American public high schools to come to China. Its summer program has sent over 250 students on full scholarship to China since 2008. The number will grow to about 300 by the summer of 2014, and the program has also expanded from Beijing to Shanghai.

Mike Dardzinski, a Yale Graduate who is running his own company Zihua Group in China and one of the founders of the APSA, said the kids selected by the APSA are all from such a background that they might not even have an opportunity to go outside of America otherwise, let alone come all the way to China. He considers the APSA’s work as “icing on the cake”. “Studying abroad is not just for rich people,” Mike stressed.

In 2013, the APSA started a new New York/Beijing Dance Initiative that sends dance students from New York City public high schools to the Beijing Dance Academy to learn traditional Chinese dances. In 2014, 10 students came to Beijing and studied for ten days. By the end of their short visit, the students managed to put together a splendid Chinese dance performance including one dance number that they choreographed together with the students of the Beijing Dance Academy with whom they had become close friends. The 10 APSA dancers from New York posing in front of the gate of Beijing Dance Academy. Photo: Courtesy of APSA

The students, the youngest being 14 years old, all said they thoroughly enjoyed their China visit and that they would like to continue studying Chinese and come back to China if they can. “I believe that they will,” said Sandra Jeffery, executive director of the APSA. “Once they saw how great China is and leant that they can enjoy themselves in China, they will actively pursue it in the future.”

And that is what the Initiative aims to achieve: more people to get to know China and commit themselves to knowing more about China, so that eventually they will be able to contribute to a better relationship between the two countries.

From ‘resistance to come’ to ‘reluctance to leave’

It is safe to say that the American students generally do not have a strong interest in studying abroad. Only less than 10% of undergraduate students chose to study abroad in 2013, and of these students, only 5.3% came to China, according to the IIE statistics.

The reason for this unwillingness to study abroad is America’s “historical isolation”, or an “old-time resistance” towards another culture, as the students put it, which is one of the challenges of the 100,000 Strong Initiative. However, it might turn out to be a blessing in disguise as the students who have studied in China are aware of the problem and many are committed to change this American mentality.

Maurice Chavarry, an ex-navy staff and now a Gilman fellow in China, is one such person who wants to bring a change. Maurice is one of only four people learning Chinese out of some 15,000 students at the University of South Alabama. The lack of interest in China is shocking in many parts of America, particularly the south. After three months of studying in China, Maurice was determined to try and change the situation.

“China is important and there is a cultural difference that we must learn about,” Maurice said. “We need more people to be familiar with the Chinese culture and the Chinese language. America really should ease up on the nationalism and adapt to the changes of globalization.”

Maurice is in China doing a semester-long study abroad program, just as most other undergraduate students. He is thinking about coming back to China to do a year-long program, a choice many students make after finishing their first, much-shorter program in China.

Different from those who choose UK, Italy, Spain and France, the top four study abroad destinations for the American students, the students who come to study in China are not looking for a romantic adventure. They are here for a reason. Some are testing the waters to see what China could offer; some are driven by their strong interest in China and want to learn more about the country and prefect their language skills; some are heritage learners who want to regain the culture of their ancestors; and last but not the least, there is this career-oriented ambitious group who believe China is the future and are doing whatever they can to build a foundation for their future career in China.

Whatever the reason that prompted them to come to China, the majority of the students enjoyed the experience thoroughly, despite all the difficulties they had to overcome when they first came. “I wouldn’t change it for the world!” said Daniel Hagan, an APSA alumnus who has returned to settle down in China with a degree from a Chinese university, a job, and a Chinese fiancé.

According to a survey on projectpengyou.org, the alumni network of 100,000 Strong Initiative, nearly 90% said living and/or studying in China was overall a positive experience, which dramatically changed their lives.

So it is not surprising that many of the students choose to come back to China to work and even establish their career after completing their study abroad program. Han Bing, director of China Programs at the Alliance for Global Education, one of the major study abroad service providers in the US, estimated that roughly 30% of the students either work or live in China, or participate in China-related work in the US.

Many young students consider the biggest take away from their China experience as the confidence that stems from being able to cope with an entirely different culture and speaking the language, which is deemed to be one of the most difficult in the world.

For the students who refused to live in a “foreigner’s bubble” and immersed themselves in the Chinese culture while in China, they soon discovered that the similarities between the two peoples far outnumber their differences, an important understanding that usually leads to solid relationships.

One of the many people who made this discovery is Alison Friedman, who first came to China in 2000 as a study abroad student and now is the founder of Ping Pong Productions, a company that aims to bring China and the world together through the performing arts. “No matter what you are interested in, you can find your own people in China,” Alison said.

The life-altering experience for Alison was when she worked with the Living Dance Studio, a Chinese dance company, during her summer internship program in 2001. “I realized that I could find a home and a community in the art world in China.” It prompted her to come back again in 2002 as a Fulbright scholar studying modern dance and modern performance in China. This time, she never left and dedicated herself to facilitating bridges between the two countries through art.

For people who choose to work professionally in China like Alison, their biggest advantage is perhaps the cultural understanding, which translates into salaries just as effectively, if not more, as the Chinese language skills.

“Executives make better and smarter decisions when they know how China works and they manage their team better when they know how their team thinks. It is usually these people that make more money,” said Joseph Wood, director of corporate programs at the Hutong, a cultural exchange center in Beijing. He, too, first came to China through a study abroad program and has been working in China for nearly four years.

There are concerns that the China experience does not always help a young graduate to land a job immediately, but everyone agrees that it will be the most rewarding in the long run.

“I studied abroad when I was in college, and I can see in my own life the difference it has made: how I look at the world, how I understand other people and how to work together with them. You learn a lot of things that are very very valuable over a long period of time,” said Knup. “It is important to register the long-term value of study abroad.”

Special thanks to Holly Chang, David Moser,  Katharine Poundstone, Tim Kopper, Jeffery Wood, Teddy Rycroft,  Elaine Li, Alex Borden and Brian Brendel, who are not mentioned in the article, but helped a lot during the interview process.